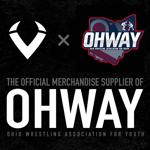 The 2016 NUWAY Nationals will again return to Battle Creek Michigan at Kellogg Arena on April 9-10.

Each day leading up to the event we will feature a wrestler or multiple wrestlers that will look to be in the hunt for the prestigious NUWAY Nationals Championship Eagle.

If you think your wrestler has the resume for the 2016 EAGLE WATCH, please EMAIL US.

In your email please include: 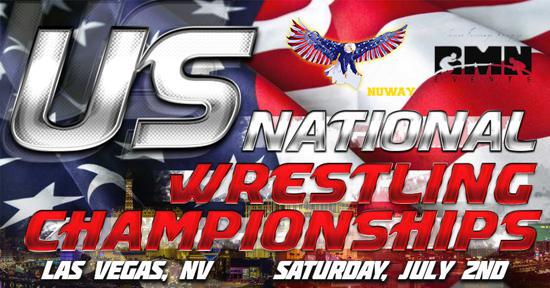 He is fresh off a state runner-up finish at last weekend's MYWAY State Champions and was a Central Regional Champion.

Garrison Weisner is from the Kodiak Attack Wrestling Club in Ohio.

He won the 2015 Ohio State Fair and has a resume full of championships over the past couple years.

Eugene Harney is from Cincinnati Ohio and wrestles for the Dehart Elite Wrestling Club.

He was a place winner at both Liberty and Dixie Nationals while winning the Show Me Nationals.

Jezadiah Stevens out of the Clio Wrestling Club is headed to Battle Creek with the prestigioius golden eagle in his sights.

He was undefeated during the 2015-2016 regular season and is fresh off a MYWAY State Championship.

Stevens undefeated at the MYWAY Clash of the Titan duals, won the Northeast Regional, and was also a MMWA State Champion.

Elijah Hunter is from Fremont Ohio and in search of a golden eagle this weekend in Battle Creek.

Hunter is a 2016 OHWAY State Champion and OHWAY Regional Champion.

Martez Sheard of La Crescent Minnesota is riding a wave of success into the 2016 NUWAY Nationals.

Jonathan Clack of Lakewood Wrestling Club in Michigan is fresh off dominating his way to a 2016 MYWAY State Championship and is looking to keep that dominance going this coming weekend at NUWAY Nationals as he looks to pick up another golden NUWAY Eagle.

He was undefeated at the 2015 Border Wars All-Star Christmas duals and has placed 1st in nearly everything tournament he has entered in 2016.

Jeremyah Gilbert of Chillicothe Ohio wrestles for Washington Court House Cobras. He is fresh off a state runner-up finish at the OHWAY State tournament.

Justin Wilcox who wrestles for Harvard High School in Illinois and Team Poeta is coming to Battle Creek looking for his first NUWAY Eagle.

He is now a 2X Illinois state qualifier and has collected over 100 varsity wins.

He had undefeated  IESA and IKWF seasons and has won state championships in both Illinois and Indiana.

Thompson has won National Championships at Tulsa, Midwest Nationals, Brute, USA Freestyle, Amarillo, Liberty(where he was the tournament MVP), and was the Battle for the Belt Grand Champion in Kansas.

He was also a tournament finalist in Reno, Missouri State Championships, Liberty and the Ohio Tournament of Champions.

He stormed through the OHWAY Northwest Regional scoring all falls then went on to win his second OHWAY State Championship.

Johnson is a 2014 NUWAY National Champion and won the 2016 Ohio Athletic Committee State title and is a 3X place winner.

He accomplished the feat of becoming a double Ohio State Champion this season and will be gunning for his second NUWAY Eagle in Battle Creek.

This hard working six year old has already hit the 100 career win mark in only his second season and is currently 64-0 heading into this weekend's MYWA State Championships.  He rolled to a Southwest Regional MYWA title with three fall and a 12-2 major decision.

Crance dominated his way to a Border Wars National title in November with a 5-0 performance.  He also brought home gold for a second year at Spartan Country, recently won the Monster Medal Gold and has nearly 20 tournament titles in the 2015-2016 season.

Carter Schubert of Marion New York is coming back for some more hardware and is looking for his 4th consecutive NUWAY Nationals title.

Jericko Jackson from Pleasant Lake Indiana has progressively become one of the dominant wrestlers in his division over the past two seasons.

He was a 2016 ISWA State Champion at 95lbs, 2016 INDY Nationals Champion, Border Wars Monster Medal Champion, and has placed high in major events such as Chicago Winter Nationals, Spartan County, Rocky Mountain Nationals, and has a large collection of 1st place finishes in local/regional tournaments.

In only his 3rd year of wrestling, Kody Goffin of Dodge Knights Wrestling Club is a dark horse in search of his first NUWAY Nationals title.

After a rough 1st year in the sport, Goffin has worked year round with some of Ohio's finest  youth wrestling coaches.  The reward has been a double placement at the 2016 OHWAY State Tournament.  He was a OHWAY Champion in the Central region.  He has worked his way to an over 40 win season this year and is coming to Battle Creek Michigan looking to pick up some more hardware!

Plan ahead for the 2016 NUWAY Summer Nationals